Mewbourne College of Earth and Energy has collected stories, anecdotes and memories
about Mr. Mewbourne's philanthropy, leadership and friendship. 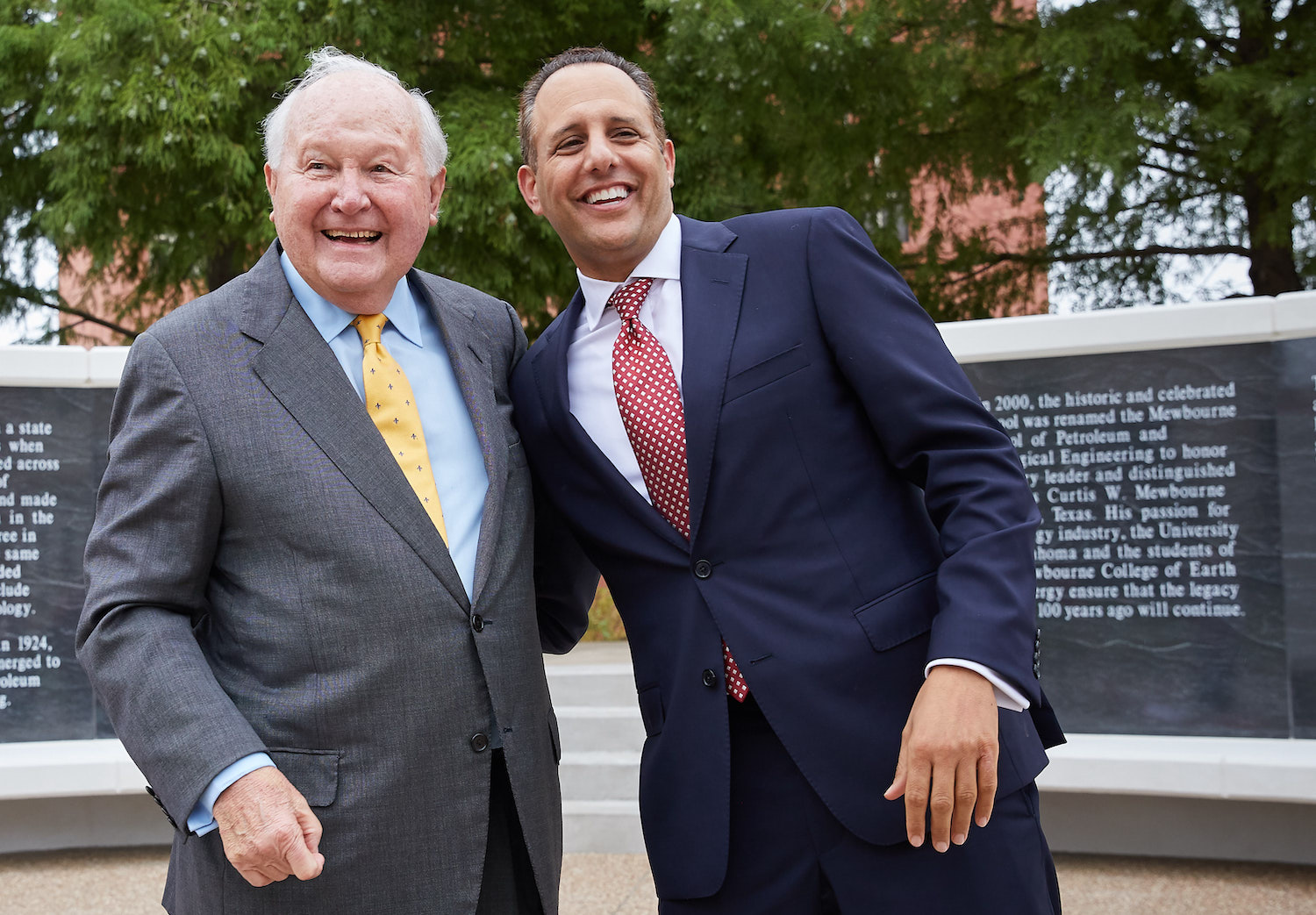 “Throughout his extraordinary rise to the top of his field, Curtis Mewbourne always remained steadfastly loyal and directly engaged with his alma mater. Curtis was a shining example of what we hope for our students, fundamentally impacting the world through his leadership and love of those with whom he engaged. I am among the fortunate many whose life he has changed for the better. The enthusiasm he poured into shaping the energy leaders of tomorrow will be felt at the University of Oklahoma for generations to come. We offer our heartfelt sympathies and prayers to Joanne and the entire Mewbourne family.” 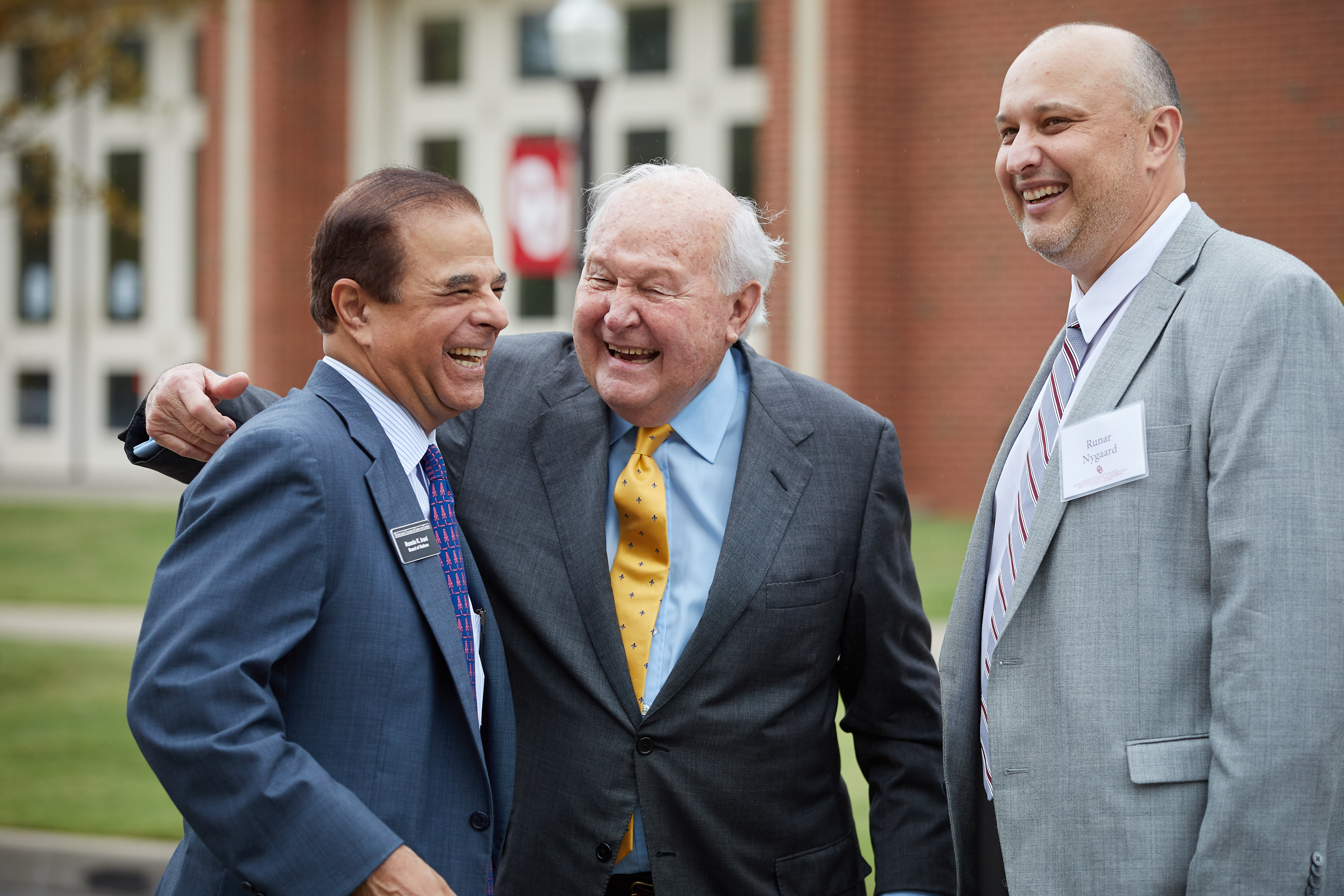 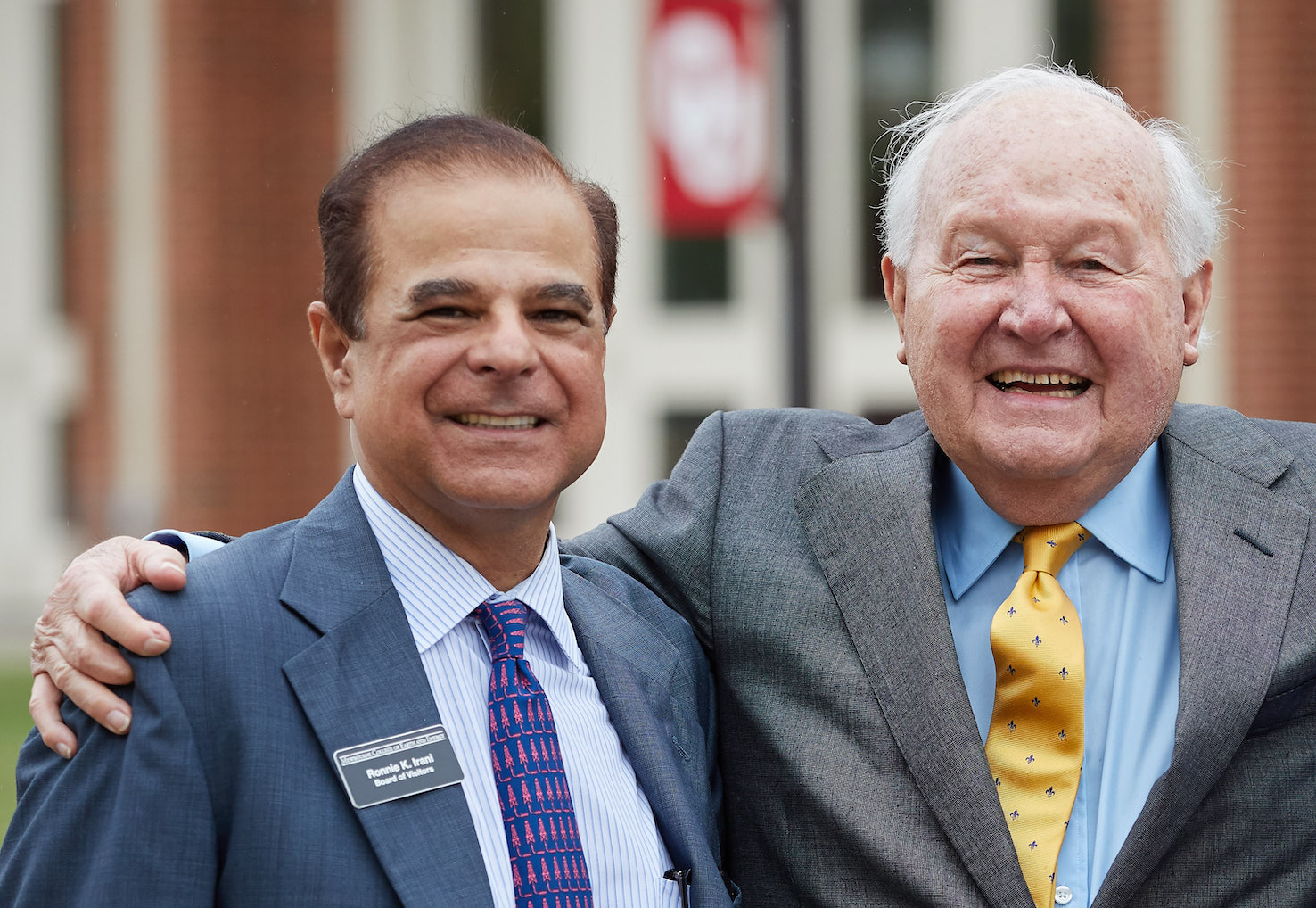 RKI Energy CEO and Mewbourne College Board of Visitors Member

“Curtis Mewbourne was a giant in the oil & gas industry. His passion and enthusiasm was always inspiring and very addictive. His leadership in the academic world and in the corporate arena is notable and will be remembered for generations to come.” 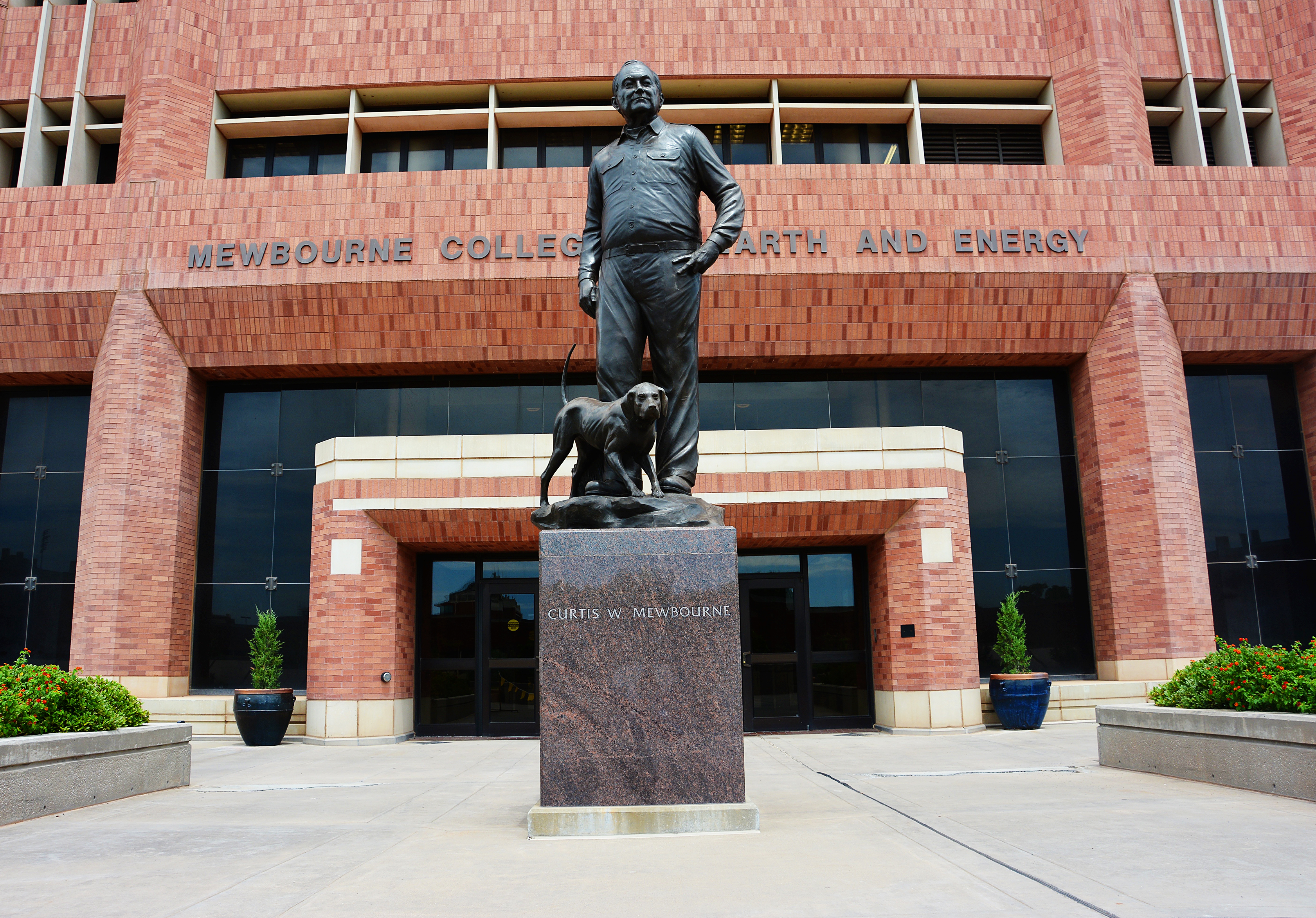 Crawley Petroleum President and Mewbourne College Board of Visitors Member

"Anybody who has seen the statue of Curtis and Rebel on the Sarkeys Plaza can imagine his love for his bird dog and hunting. A few years ago, he invited me to his ranch in western Oklahoma to join him and Mike Stice for a quail hunt. I felt honored by the invitation but assumed that, since Curtis was in his 80s at the time, the hunt would be a short, leisurely stroll. Even though I am almost two decades younger, it turned out to be more like a marathon with me struggling to keep pace.

This level of enthusiasm and energy characterizes all of Curtis’ passions: family, OU, hunting, football, our country, the energy industry and, especially, his goal of giving young people opportunities to participate and excel in that industry. His generosity is well known, but he has given more than just dollars. He has shared his vision and shown us how we can all contribute to making a difference by getting personally engaged. He encouraged us to be better by example." 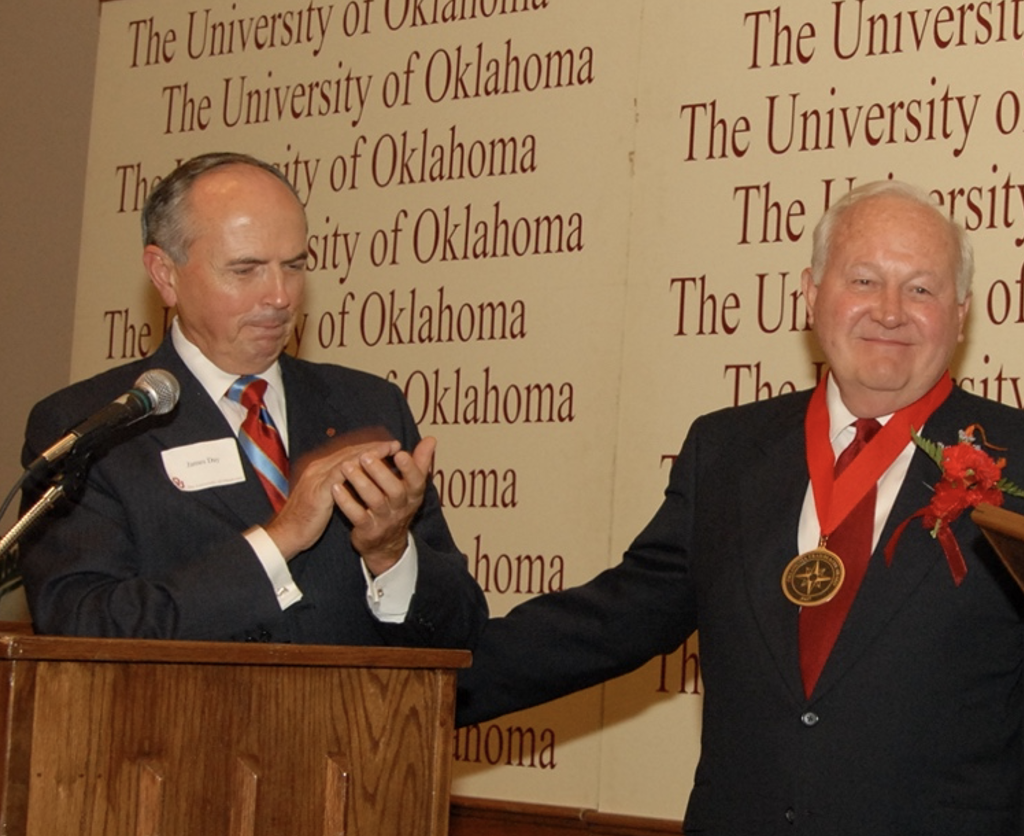 Mewbourne College Board of Visitors Member

"Curtis Mewbourne, over the course of his 50-plus years in the oil and gas sector, represented the very best in the industry. A man of vision, strong values and a can-do attitude, not only resulted in his creation of an outstanding organization, Mewbourne Oil Company, but also by influencing the energy industry in general through the introduction of unique exploration processes.  Similarly, his Legacy at the University of Oklahoma is immeasurable. He committed his time, energy and financial support to help build upon the outstanding energy history at OU.  The Mewbourne College of Earth and Energy has had, and will continue to have, an impact on the state, the nation and the world as energy becomes an even more critical element in civilization."

"I will forever be grateful for the examples of leadership and generosity that Mr. Mewbourne provided. His passion for giving back, encouraging & leading younger generations, either through his company or the University, is something that has always inspired me as well as everyone that had the privilege of being around him. He was a man that instilled confidence in everyone around him." 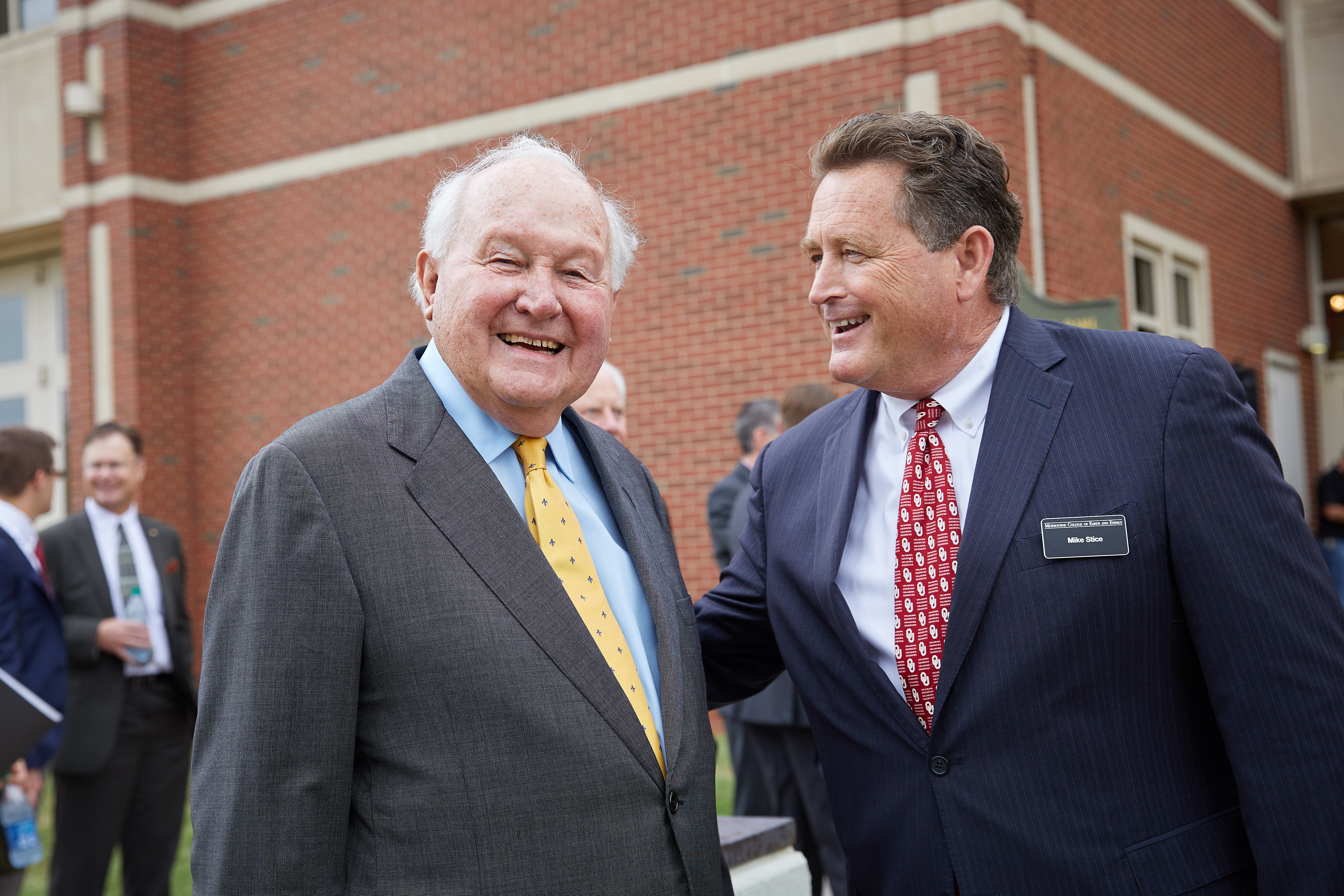 "As the namesake for the Mewbourne College and the Mewbourne School of Petroleum and Geological Engineering, Curtis Mewbourne has always answered the call to serve his alma mater. However, his most important contribution was not financial; it was his remarkable way of offering encouragement especially in difficult times. Curtis’ success was fueled by repeated bold acts of kindness. He was a generous mentor capable of changing lives simply through conversation. His optimism was contagious, and his leadership was reflected in everything he did. When Curtis entered a room, you knew who was in charge and, moreover, you knew you were in good hands. For me personally, I will miss my friend and mentor, but mostly I will miss his extraordinary laugh – a laugh that disarmed the most disagreeable opponent and filled his supporters with the energy required to deliver on his heroic expectations." 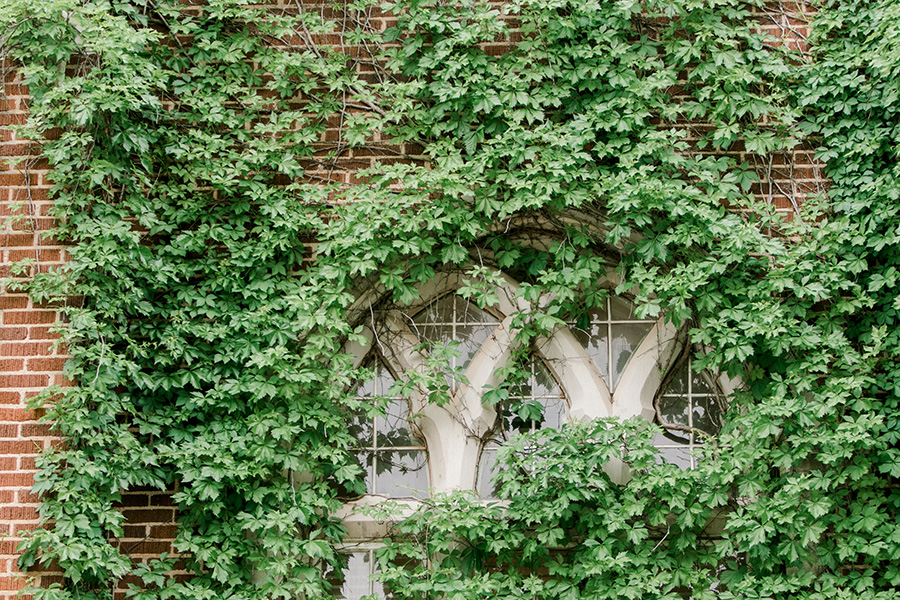 "Curtis Mewbourne’s leadership built Mewbourne Oil Company into one of the largest and most admired oil and gas companies in America.  He was simply larger than life and a true legend in the oil and gas business. I speak for the entire Mewbourne Oil team when we say it has been a privilege to work for him, and his passion for his faith, family and work was an inspiration to all of us. Curtis had an unwavering belief that his education and experiences at the University of Oklahoma changed his life and prepared him for success in business. He loved young people, and his amazing loyalty to OU was driven by gratitude and a desire to give our students the same opportunity he received in Norman. I cannot overstate the impact he had on my life, for which I will always be thankful, as will countless other Sooners that he employed, mentored and encouraged.  We offer our prayers to the Mewbourne family, and assurance that we will honor Mr. Mewbourne by moving forward at his company with confidence and courage, mindful of the many lessons he taught us." 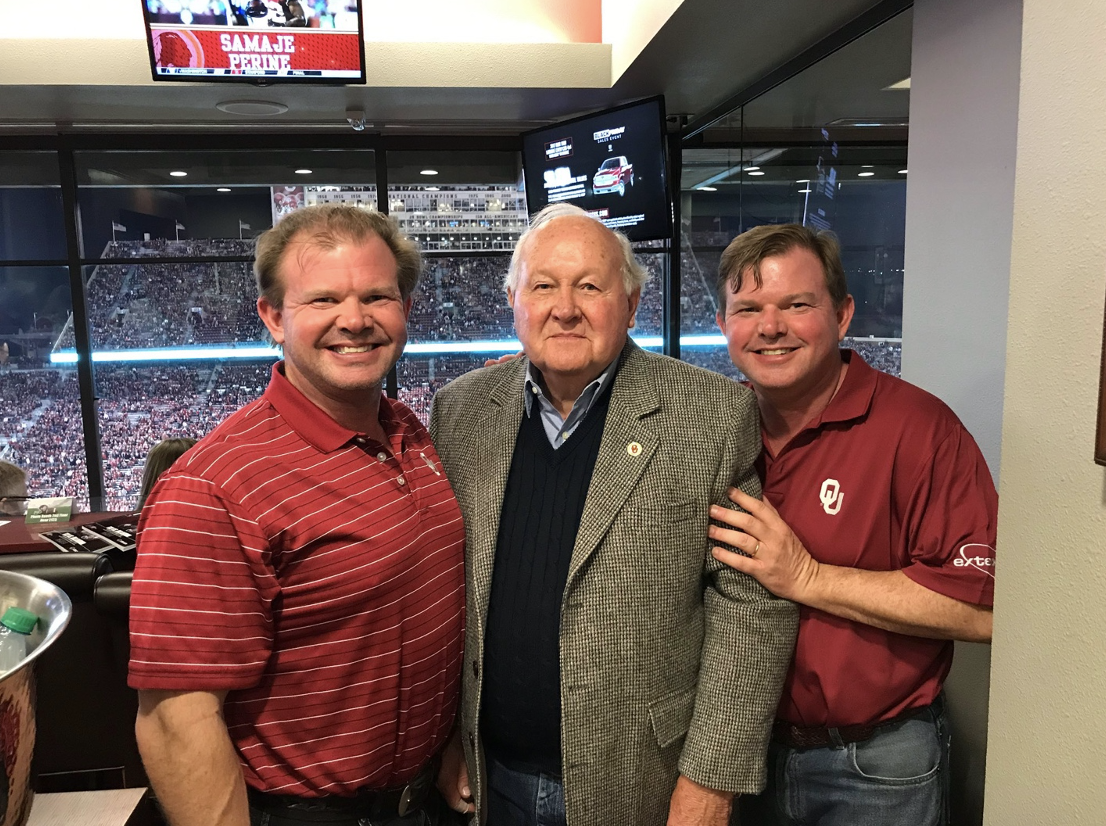 “I am honored to have had the pleasure to tell people what Curtis Mewbourne and Mewbourne Oil Company did for me.” 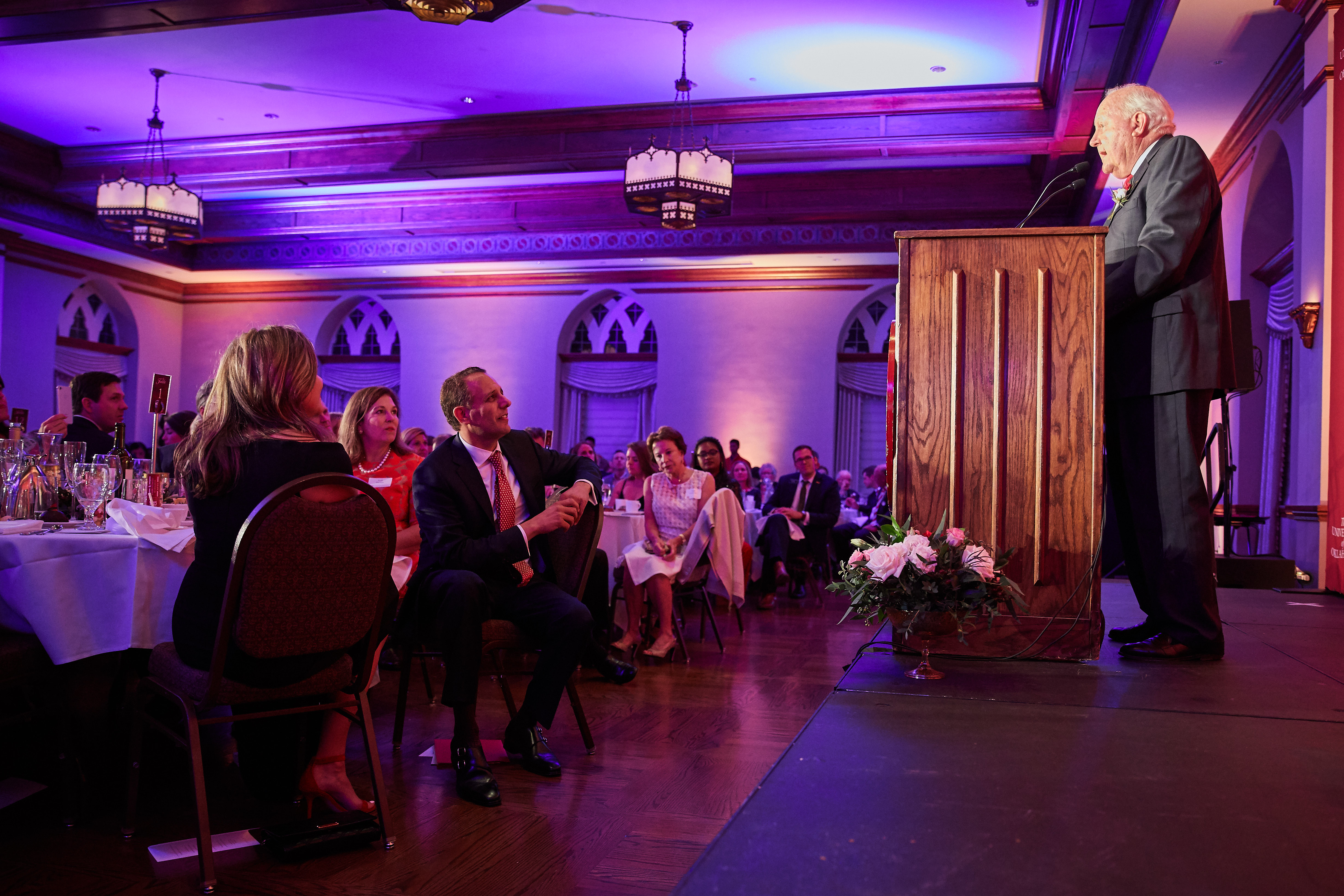 "When I think back on Mr. Mewbourne, I remember the lessons he taught me at every encounter.  I remember the first time I met him in Woodward, OK, when I was a freshman summer intern. He walked over to introduce himself and to coach me on how I could do a better job at weed-eating around the entry to the field office - details matter.  The last time we spent time together was at an industry event in Midland. He walked me across the ballroom so that we could sit down and talk to another legend of the business, Clayton Williams - relationships matter.  While there were so many other lessons along the way, one other event comes to mind. While I was at Texas A&M, I invited Mr. Mewbourne to address the engineering honor society. He graciously accepted and gave an amazing speech that, at one point, had many students wanting to change their majors. By the end of his speech, they were ready to go out on their own, drill some wells and take on the world - giving back matters."

"I am deeply appreciative to Mr. Mewbourne for his generous support of OU Petroleum Engineering, providing access to a world-class education for many alumni like myself, and setting a great example of what it truly looks like to invest in the next generation."

I can say without reservation that Curtis Mewbourne is the reason I became an Orthopaedic surgeon. During my first meeting with Mr. Mewbourne in a little Italian restaurant in Norman in 1991, he asked me, 'Son, do you want a job or a career?' I did want a career, it just turned out to not be in petroleum engineering. His influential question was not diminished by my lack of enthusiasm for my chosen degree, just another reminder to me of a road not taken. I did take his generous offer of a job in Tyler. Everyone in his company called him Mr. Mewbourne, but to me, it did not fit. He had kind eyes, so I always called him Curtis and he never seemed to mind.

I recall flying to Denver with him in his private plane. We hit some pretty severe weather landing in Denver. The stall and terrain warnings were going off in the cockpit and we bounced around so violently that the cockpit door flew open. I was not accustomed to small aircraft travel and I was pretty scared. Curtis was calmly reading a newspaper. Knowing he was a pilot, I looked for some reassurance from him. 'Hey Curtis, can you fly this thing?' He calmly looked over his paper and his glasses and said, 'In a pinch,' then went back to his article.

One day whilst doing the Perryton, TX rotation and very much looking forward to a trip to Colorado to climb a 14k ft peak with my college friends, Curtis summoned me back to Tyler for a big project doing reserves for a new lease. Now the writing was on the wall as I was definitely not a career engineer. I used his summons and his previous question about careers and jobs to do something I had wanted my whole life but feared to do. I quit my position and six months later I had been accepted to medical school at OU.

Thirty years have come and gone. A couple of years ago, I had the opportunity to walk down to his box at an OU football game and say, 'Hello!' He remembered me after all of that time and still remained with his kind eyes.

Back to the Story