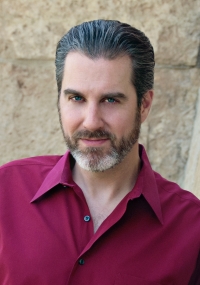 One of America's leading bass-baritones, Mark McCrory quickly rose to prominence at an early age and has garnered attention for his strong, commanding, wide-ranging voice and his versatility as a performer in both comic and serious roles.

Mr. McCrory recently made his European debut with the Teatro dell’Opera di Roma as Marco in William Bolcom’s A View from the Bridge, a role he created in the world premiere at the Lyric Opera of Chicago. Recent performances include Sparafucile in Rigoletto for Nashville Opera, Raimondo in Lucia di Lammermoor for Mobile Opera, Don Basilio in Il Barbiere di Siviglia for Virginia Opera, Ferrando in Il Trovatore for Kentucky Opera, Count Almaviva in Le Nozze di Figaro for New Orleans Opera, the Pirate King in The Pirates of Penzance with The Living Opera, Nourabad in Les Pêcheurs des Perles with Indianapolis Opera, Escamillo in Carmen with the East Texas Symphony/Opera East Texas, and Tom Carter in the Texas premiere of Thomas Pasatieri’s Hotel Casablanca with Abilene Opera. He has enjoyed a long association with The Dallas Opera and performed numerous roles including Lord Rochefort in Anna Bolena, the Duke of Verona in Romeo et Juliette, Nikitich/Police Officer/Chernikovsky in Boris Godunov, Montano in Otello, the First Nazarene in Salome, the High Priest in Nabucco, and Truffaldino in Ariadne auf Naxos as well as roles in Die Zauberflöte, La Rondine, Lohengrin, Macbeth, The Merry Widow, La Traviata, and The Aspern Papers.

As an alumnus of the Lyric Opera Center for American Artists (now the Ryan Opera Center), he performed many roles with the Lyric Opera of Chicago including Monterone in Rigoletto, Zuniga in Carmen, and Marco in the world premiere of Bolcom’s A View from the Bridge, a role he repeated with the Portland Opera. Mostly known for his Mozart portrayals, Mr. McCrory has performed the title role in Le Nozze di Figaro with Hawaii Opera Theatre, Minnesota Opera, Opera Festival of New Jersey, and Opera Longview and the title role in Don Giovanni with Opera Pacific, Madison Opera, and Wichita Grand Opera. Other notable past engagements have included Olin Blitch in Susannah with Hawaii Opera Theatre, Capellio in Bellini's I Capuleti e I Montecchi for the Opera Company of Philadelphia, Claudius in Thomas' Hamlet with the Opera Theatre of Saint Louis, Sparafucile in Rigoletto and Nettuno/ Tempo in Il Ritorno D'Ulisse in Patria for Glimmerglass Opera, Friar Lawrence in Romeo et Juliette for Lyric Opera of Kansas City, Zuniga in Carmen for the Florentine Opera and Baltimore Opera, Angelotti in Tosca for the Florida Grand Opera, the Pirate King in The Pirates of Penzance for Opera Longview, and Raimondo in Lucia di Lammermoor and Ferrando in Il Trovatore for the Portland Opera.

On the concert stage, Mr. McCrory has appeared as Don Fernando in Fidelio with the Chicago Symphony conducted by Daniel Barenboim, bass soloist in the Verdi Requiem with the Quad Cities Symphony and the Canterbury Choral Society, Handel's Messiah with the Richmond Symphony, Pacific Symphony, and the Canterbury Choral Society, Rossini’s Stabat Mater and Gounod’s St. Cecilia Mass with the Tulsa Oratorio Chorus, Beethoven's Ninth Symphony with the Chicago Youth Symphony, and in performances with New York's Mostly Mozart Festival in Schumann's Das Paradies und die Peri. He also appeared in a duo recital with Dolora Zajick at the Morgan Library in New York in the George London Foundation Recital Series. His recordings include Marco in A View from the Bridge (world premiere) by William Bolcom with Lyric Opera of Chicago on New World Records and Bass Soloist in Every Matter Under Heaven (premiere oratorio) by Lee Johnson on Jammates Records.

Mark McCrory is a winner of numerous competitions and awards, including first place in the 2002 Opera Index Competition, a George London Foundation Award (1999) and a Sara Tucker Study Grant (1998). Previously, he was a 1994 national winner of the Metropolitan Opera National Council Auditions and a 1997 Sullivan Foundation Award Winner. He also won first place in the MacAllister Awards Competition in both the Professional Division (1997) and College Division (1994).