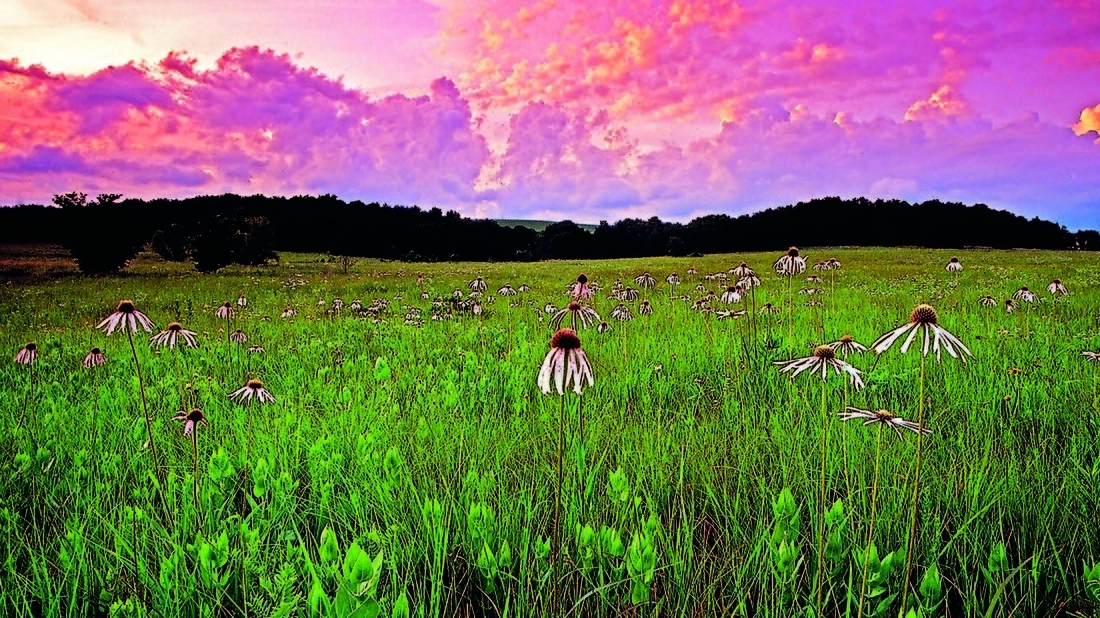 How can one determine the health of a tallgrass prairie? 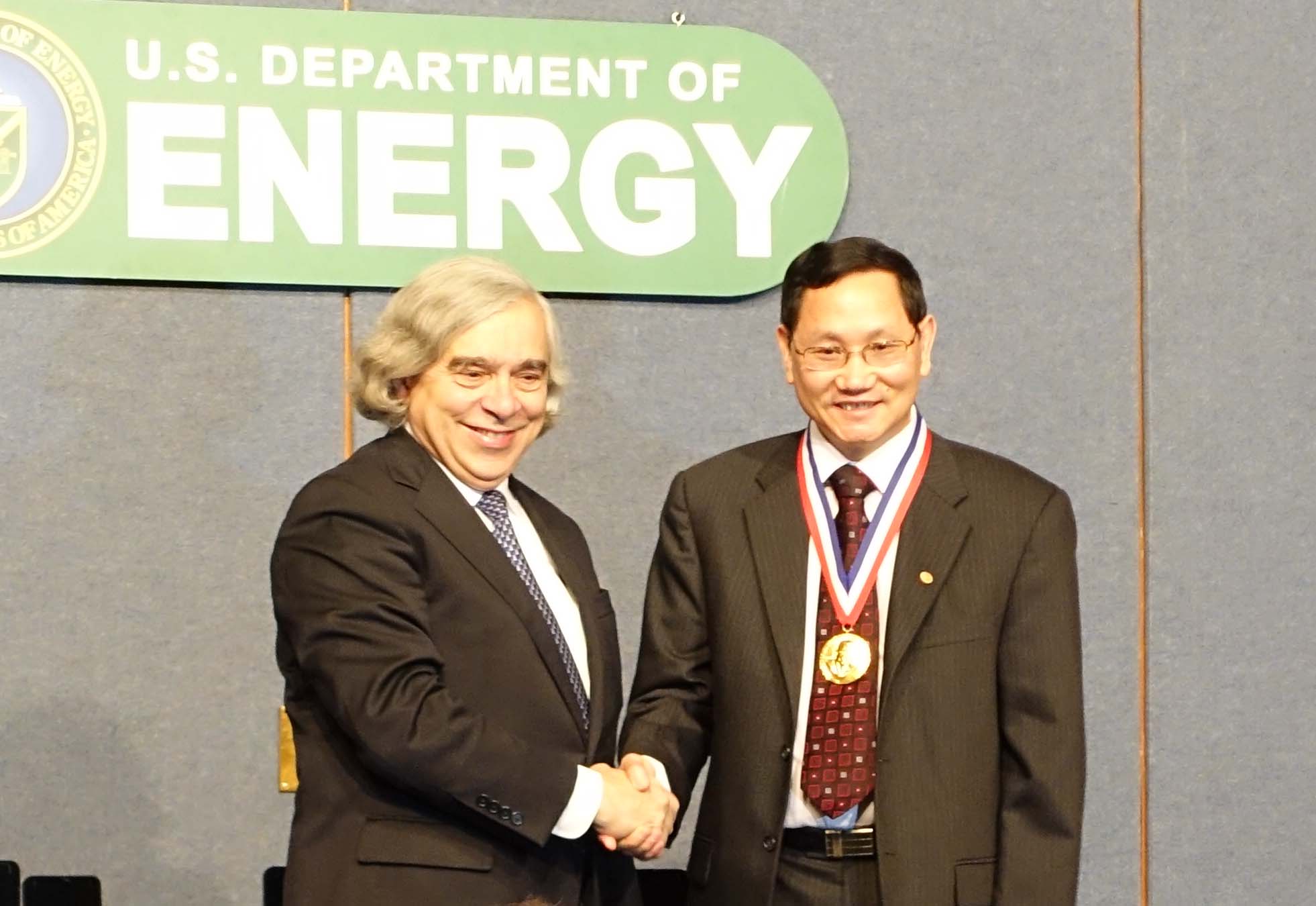 Ernest Orlando Lawrence Award recognizes exceptional US scientists and engineers preforming research supporting the Energy Department mission. IEG Director, Jizhong Zhou, was selected as one of nine recipients in 2015. Jizhong (Joe) Zhou (University of Oklahoma) - Biological and Environmental Sciences Honored for his outstanding accomplishments in environmental genomics and microbial ecology, including the development of innovative metagenomics technologies for environmental sciences, for groundbreaking discoveries to understand the feedbacks, mechanisms, and fundamental principles of microbial systems in response to environmental change, and for transformative leadership to elucidate microbial ecological networks and to link microbial biodiversity with ecosystem functions. Congressional Record of Award (pdf) 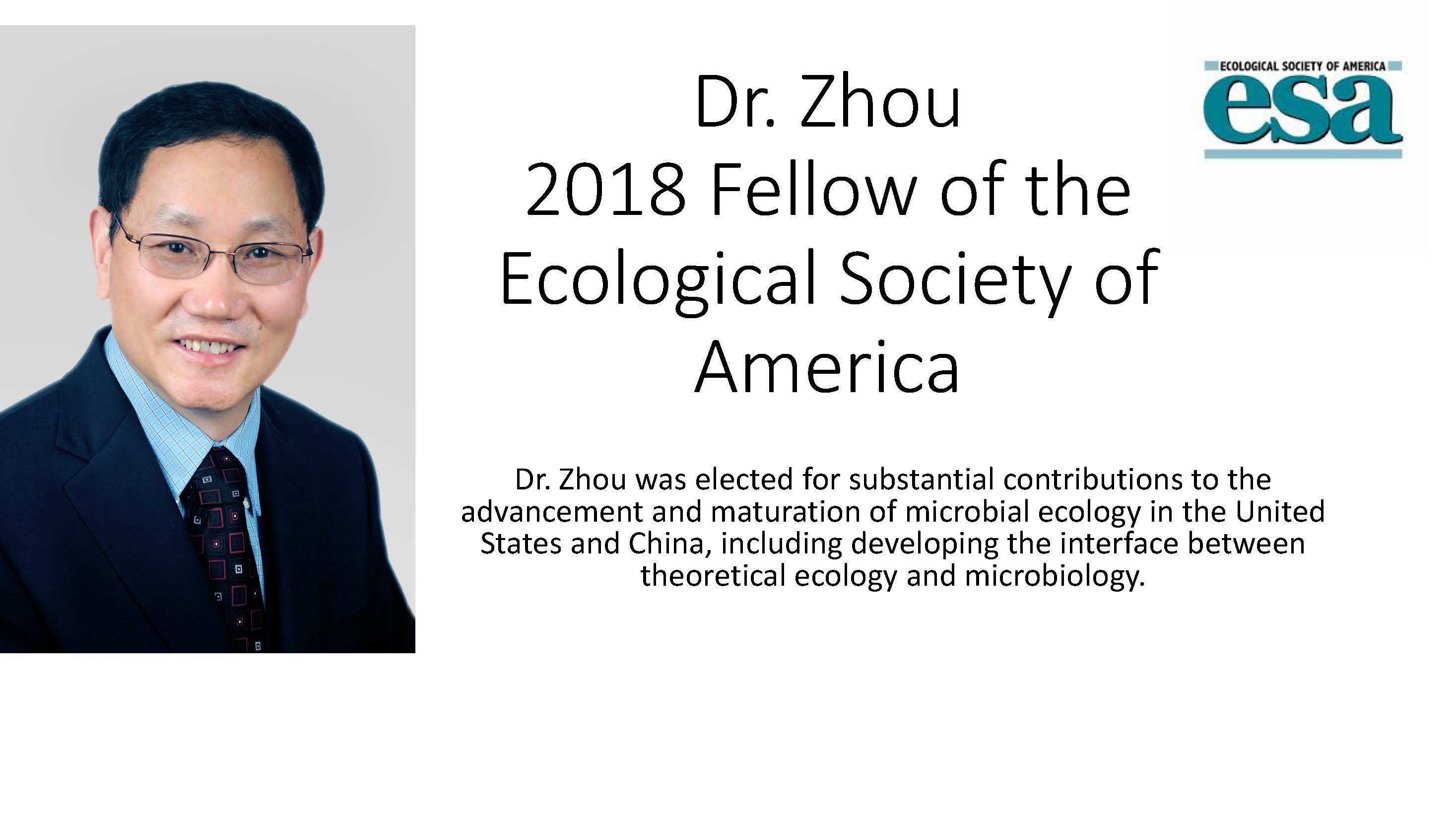 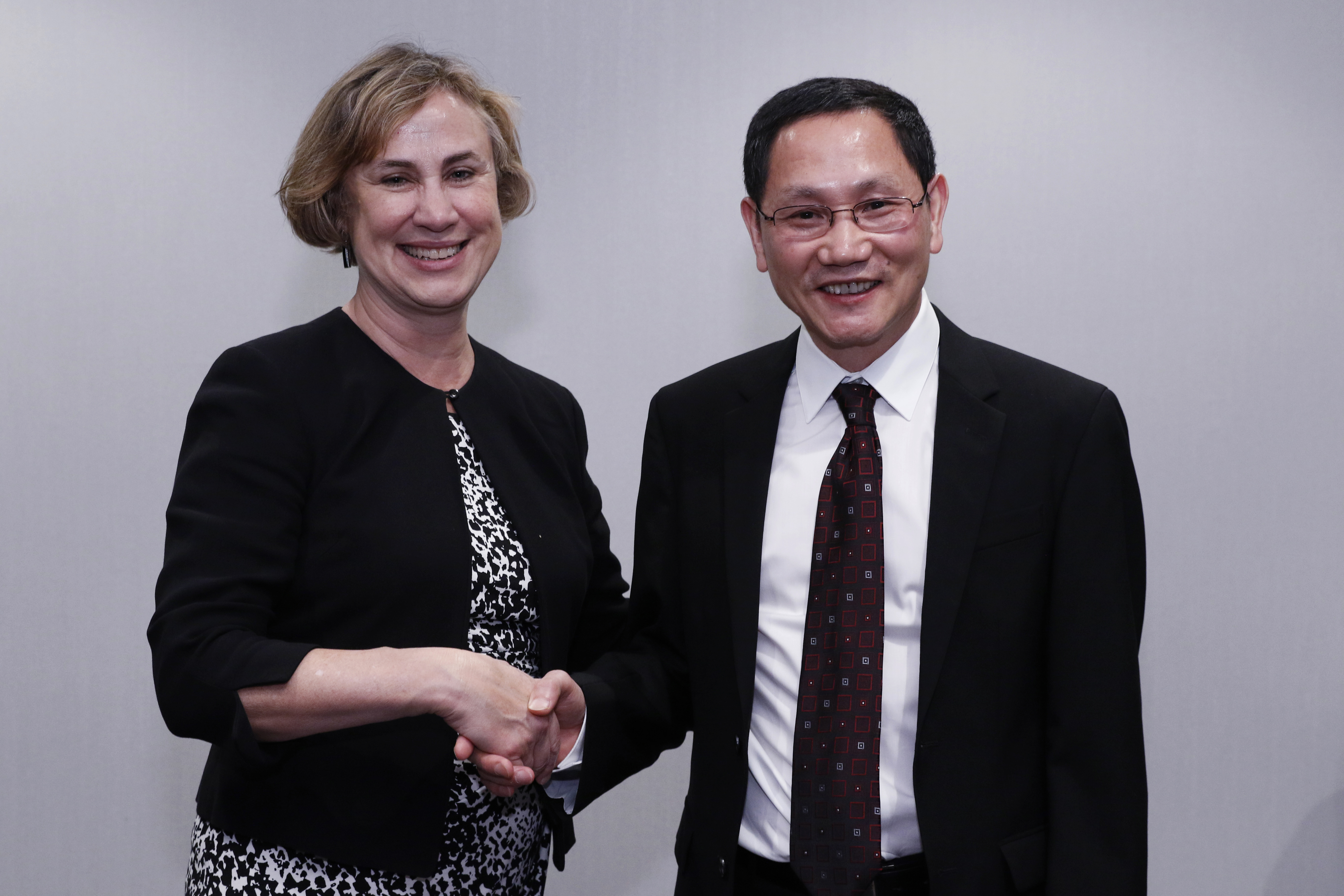 Dr. Zhou was recognized as an outstanding scientist with distinguished research achievements that have improved our understanding of Microbes in the environment, including aquatic, terrestrial and atmospheric settings by the American Academy of Microbiology. 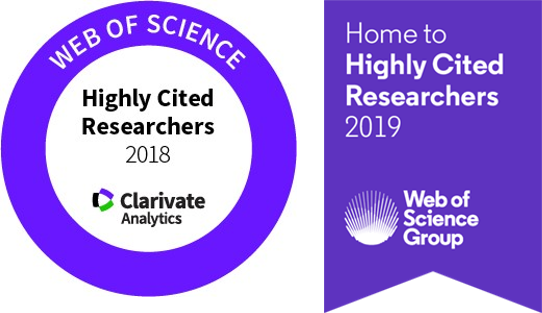 Dr. Zhou is an international leader in genomics-enabled microbial environmental sciences. He is known for his pioneering advances in developing both cutting-edge experimental and computational metagenomic technologies to address frontier environmental, engineering and ecological questions. He has pioneered the elucidation and modeling of microbial feedback mechanisms in response to anthropogenic pollution, climate change, and environmental gradients.  He has also made meritorious contributions to microbial ecology theories with respect to microbial distribution, succession, and controlling mechanisms. His seminal work has been instrumental to the revolution of microbial ecology over the past two decades. He holds three patents on genomic technologies.

Dr. Zhou’s outstanding achievements in genomics-enabled microbial environmental science are recognized internationally.  His work has been published in prestigious journals such as Science, Nature Climate Change, Nature Ecology & Evolution, Nature Microbiology, Proceedings of National Academy of Sciences, and The ISME Journal. He was recognized as a global influential researcher by three major sources. In 2018 and 2019, he was recognized as a global highly cited researcher in the cross-field category, about 6200 total worldwide, by Web of Science. He was also ranked above the 99.8% percentile across all science and engineering fields among 7 million scientists and was listed in the top 75 of 55,000 scientists in the field of environmental sciences. In addition, he was among the most highly cited researchers with an H-index > 100, about 3,500 total worldwide, based on Google Scholar Citations.

Dr. Zhou’s science leadership is also demonstrated by his professional service. He is a Senior Editor for ISME J (a top ranked non-review ecology journal), a former Senior Editor for mBio (ASM’s flagship journal), and a former Editor for Applied and Environmental Microbiology (the top microbiology journal by Eigen factor analysis). He has been appointed as a US Ambassador to the International Society of Microbial Ecology (ISME) for 15 years. He was a Member of ASM’s Environmental Microbiology Committee, a Committee member for Microbiomes of the Built Environment by the National Academies of Sciences, Engineering, and Medicine (NASEM). He is an Honorary Director for the Chinese Association of Microbial Ecology (CAME) – a major professional organization for microbial ecology in China. To honor his contributions, CAME established an award under his name in 2017 to recognize Outstanding Microbial Ecologists.

In recognition of his achievements in research, Dr. Zhou has received a number of prestigious awards, such as the Presidential Early Career Award for Scientists and Engineers from the President of the United States (2001), The Ernest Orlando Lawrence Award for Biological and Environmental Research in 2014 - U.S Department of Energy’s highest scientific award, an R&D 100 Award in 2009 as one of 100 most innovative scientific and technological breakthroughs, and the 2019 ASM Award for Environmental Research for recognizing an outstanding scientist with distinguished research achievements in microbial ecology and environmental microbiology. He is also a Fellow of the Ecological Society of Ecology, the American Academy of Microbiology, and the American Association for the Advancement of Science.